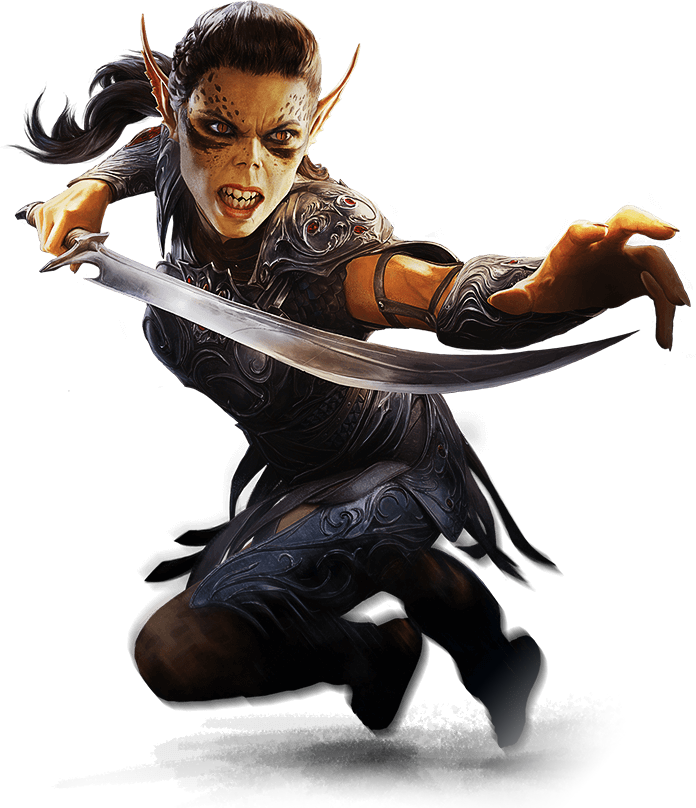 Baldur's Gate 3 is a multi-platform RPG developed by Larian Studios, the studio behind the immensely successful Divinity: Original Sin series, among other games.

I worked with Larian Studios to conceptualize and develop their Twitch integration, which offers streamer/viewer interactions such as inspecting a streamer's party and voting on dialogue options.

Traditionally, (single-player) RPG's don't translate well to being streamed. This has several reasons — the most important two being complex game systems for unfamiliar viewers, as well as a loss of agency for people watching. They're part of an interactive story, but they are never in the driver seat themselves.

The goal for this Twitch integration is to empower viewers to discover things about Baldur's Gate 3 as it's being played by their favorite streamer. This is done in two major ways: the ability to look at in-game systems (equipped gear, spells, stats, ...) and the possibility of influencing the game as it unfolds in front of the viewer's eyes through dialogue voting.

The extension for Baldur's Gate 3 was started up, co-designed, developed and over-delivered on by Thomas. The design input, execution and eye for detail he showed during development definitely made the extension one of the better experiences out there today.

The extension is powered by in-game data that is updated in real-time for extension viewers. This means that they're always up-to-date on the party's stats, equipped gear, and so on. Using this extra information, they can assist the streamer with game tips, or to get inspired by a player's build so the viewer can try it for themselves in their own game.

The days of asking a streamer "what weapon is that?" are over! Using the Baldur's Gate 3 Twitch Extension, viewers can inspect the streamer's party members themselves in realtime.

This frees up the chat for more valuable game and community discussion (and, of course, more memes). 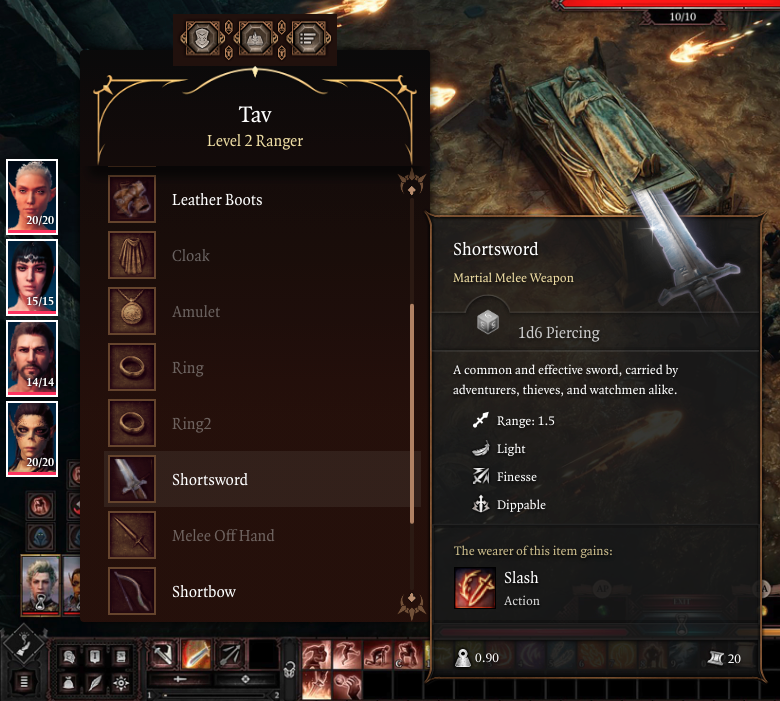 Calling upon the hive mind

As mentioned earlier, streaming RPG's can be tough. It's hard to please every viewer — while streamers play the game themselves, they have a bunch (sometimes even thousands) of friends watching over their shoulder and cheering them on.

Giving streamers the ability to reach out to their community to help out on tough dialogue decisions has transformed the way these intricate decisions play out. Rather than having the streamer decide, their community can now decide for them using the voting feature in the extension.

Some streamers have even decided to do a full playthrough where their community makes every dialogue choice, drastically increasing replayability (and 'restreamability') for the game.

Whenever a streamer wants to get their community's thoughts on a dialogue decision, they can press a button in-game that will start a poll.

Instantly, the viewers will receive a popup (shown in the picture here) that will let them vote on a numbered option corresponding to the one in-game. 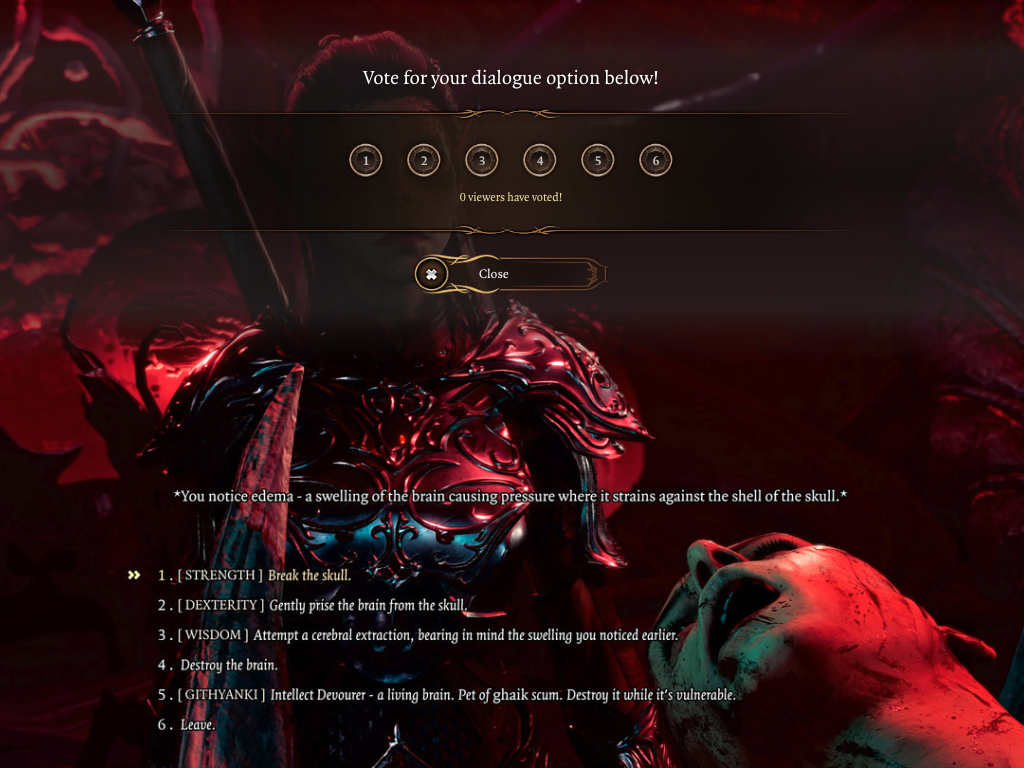 The Baldur's Gate 3 Twitch integration was welcomed with open arms by streamers and viewers alike. Streamers were happy with not having to answer the same questions about party composition and equipment choice over and over again (as viewers can now look at this information themselves whenever they want). Viewers were enjoying the increased interactivity and the ability to have their voice heard during dialogue choices.

Asmongold, one of the most popular streamers on Twitch, figured it would be a good idea to let his chat make decisions for him throughout his playthrough. Little did he know what his community had in store for him...

Interactions like these are what makes extensions like the Baldur's Gate 3 Twitch integration so much fun: a streamer's community can react in unpredictable ways, causing chaos and mayhem in your game (should the streamer listen to their audience, anyway).

Baldur's Gate 3 now has a Twitch integration that is modular and future-proof. Thanks to the character inspector and dialogue voting, streamers are further able to improve their interactions with the game and their community. There are more features planned on the roadmap, so stay tuned for more!

Interested in learning more about Twitch integrations for your own game? Let's chat!